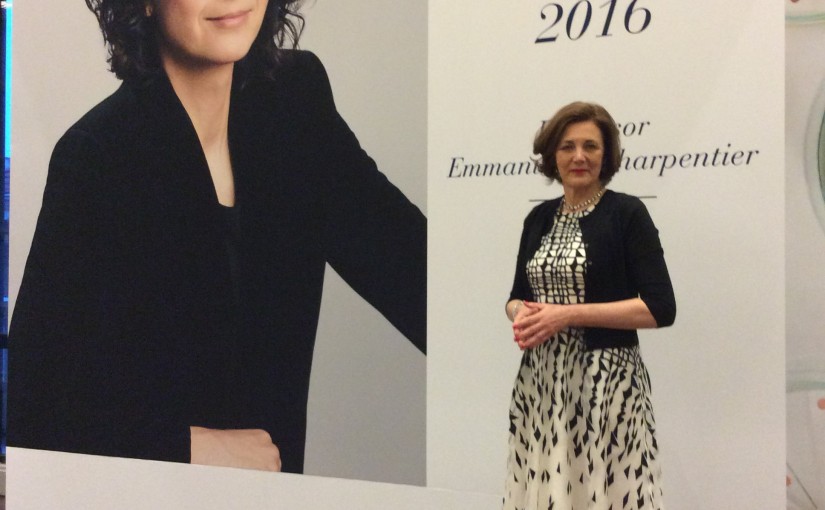 Just before Easter, I found myself in Paris making a series of daily films for CNN for the L’Oreal UNESCO For Women in Science programme, now its 18th year.

Here’s a link to the second one

As you will see, I managed to get a sneak peek inside the French Academy of Sciences.  I felt like a bit of an outsider and not just because I was a Brit, or as the French refer to us, un rosbif.  The place is awash with statues of men, with not a single women in sight.

It was an enormous privilege meeting the 2016 Laureates.  They included Quarraisha Abdool Karim, a South African epidemiologist who was absolutely determined to find an HIV prevention method that could be used by women.  Vaginal microbicides were an obvious answer but decades of research by many teams across the world delivered nothing but disappointment.   Abdool Karim kept going, finally developing one containing the antiretroviral tenofovir which, although not yet perfect is a great deal better than nothing.   Another Laureate was Chinese professor, Hualen Chen who protects us all from deadly flu pandemics through her surveillance and through the development of novel vaccines.  And there were the CRISPR queens, Emmanuelle Charpentier and Jennifer Doudna – CRISPR-cas9 is the gene editing technology that has taken the scientific world by storm. But the Laureate who most impressed me personally was Argentinian, Professor Andrea Gamarnik, who works on the structure of viruses, particularly the flaviviruses which include dengue and also of course, zika.  South America is experiencing very serious outbreaks of dengue at present. It wasn’t just her fascinating research, it was her passion for what she did and her knockout speech of acceptance.   I also fell in love with her 80 year old dad, an activist for social justice throughout his life who was experiencing the proudest moment of his life.